From 30 September to 2 October in Valencia will be held the III Certamen Nacional Científico-Técnico de Tunas.

A tuna is a group of students in traditional/old university clothes which is characterized by singing, playing instruments and traveling. Not all members of tuna are profesional musicians, sometimes just a few of them. It is an ancient tradition that emerged in Spain, and spread to various countries in Europe as Portugal or Holland, and in Latin America in Mexico, Colombia, Peru, Chile, etc.

Tuna was formed by young people who because of their limited resources need to earn money. Nowadays students are not part of “tuna” for money, but for keeping a tradition alive and to have fun, travel and meet new people from other universities. A member of a tuna calls a “tunante“, but is usually known as a “tuno“. 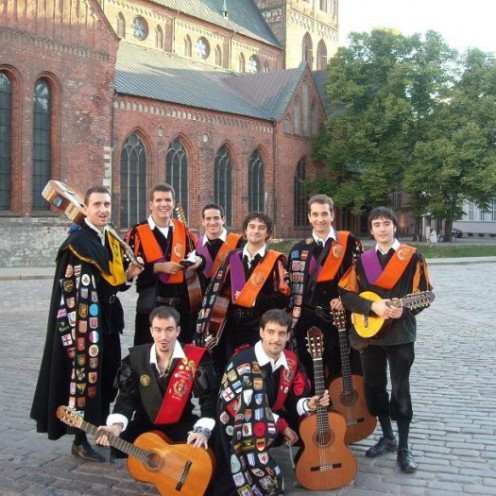 From its origins to the present day, Tunas have continued the cultivation of popular instruments such as the bandurria, lute, guitar and tambourine.

Interesting fact: up until recently, only male students were admitted to be a part of tunas, but in the last few years new tunas have been formed for female students.

Here there is a short program of the event: 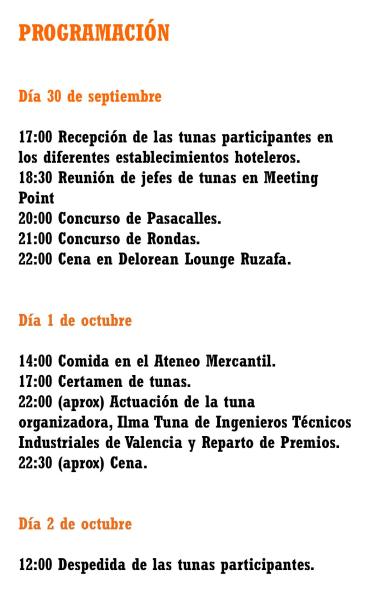 Tuna will take place in the city center of Valencia, where all our hostels are situated so you can be close to the main events! 🙂